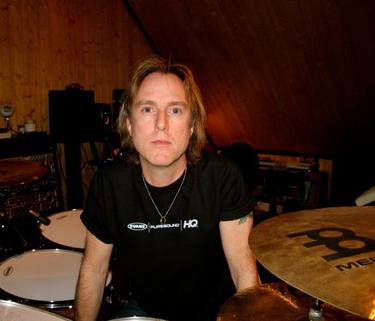 I started playing drums after seeing KISS in 1976. Actually I was already studying the snare drum in Jr. High School, but after the KISS show I was hooked!

I quickly became obsessed with learning how to get what was in my head out on the kit. It's still happening to this day.

I've been fortunate to play drums for a living most of my career.

It all started with my first band, SPEEDLIMIT in high school. Oh what a wonderful time! We didn't make any money, but we kicked ass!

Then not long after I formed many bands with my brothers in the 80's. We always strived to be the best we could be. ASSAULT, and SIMMONZ being the main bands.

My first touring gig was with Black Oak Arkansas in 1985. Wow, what a blast!

After that I moved to LA in late 1986 and saw how important it is to have a style, and an idea of what to strive for as a professional musician. Not an easy road.

In 1988 I relocated back to Nashville TN and formed several different bands with my brothers. SIMMONZ, THE STAND, PASSION TEMPLE, DORCHA. All original music.

Fast forward to some of the other bands I've been fortunate enough to perform and record with: